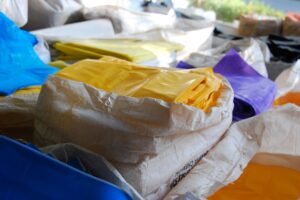 If you live in Selangor, Pulau Pinang or Johor, then you’ll be familiar with either being charged 20 sen for plastic bags when you go shopping, or bringing your own bag, plastic or otherwise, ahead of time. It looks like other states in the country will also have to do the same at some point in the future. This is because all state governments have agreed to implement the pollution charge on plastic bags.

Bernama cites a statement by Environment and Water Minister Tuan Ibrahim Tuan Man which says that the ministry “obtained the mandate from the 76th National Council meeting for Local Government to impose the charge”. He also says that “several other states are planning to start implementing this campaign”, starting with consumer awareness before collecting the 20 sen minimum charge. The inclusion of the word “minimum” suggests that there could be price hikes to the charge.

Though with all that being said, there’s no date as to when each state will start enforcing the 20 sen charge for plastic bags just yet. At least, for the states that have yet to implement it anyway.

According to a report by the New Straits Times from back in 2019, the state government started collecting the 20 sen plastic bag charge from local supermarkets and hypermarkets. This is so that the state can better track and sure that money collected this way are channelled to a special fund. This is then used for programmes related to corporate social responsibility, tree planting or giving consumers recyclable shopping bags.