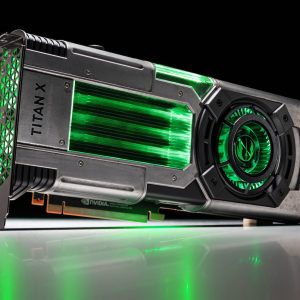 NVIDIA’s GeForce RTX 4090 is set to officially hit the store shelves tomorrow and many tech reviewers are getting ready to publish their own in-depth reviews of the graphics card before that. And while we all wait with bated breathe, there are now rumours of a God tier “Titan Ada” GPU that is literally too hot to handle.

Word of Titan Ada was first reported by popular TechTuber and rumour monger, Moore’s Law is Dead (MLID), so you should probably begin to manage your expectations. Getting back on point, the GPU was purportedly an early version of what could’ve been the RTX 4090 Ti.

MLID’s sources, who says that they have proven to be “more than legit” in the last six months, indicated that this Titan Ada GPU was running with full-fat AD102 GPU, but had a TDP between 600W and 700W. Further, the card was so massive, the motherboard would have to be mounted to the side of the card, as opposed to the card being seated, as most GPUs would be when being installed on a testbench.

That’s not even the whackiest thing about the rumour. Apparently, the Titan Ada was about four slots thick and because it was so ravenous, NVIDIA installed two of its newly required 16-pin PCIe connectors to it. Oh, and it supposedly would have been the first GPU to ship out with GDDR7 graphics memory.

Unfortunately, and despite all these parametres put in place, Titan Ada was reportedly just too much card to handle; the GPU ran so hot and hard, it was tripping power supplies and melting the PSUs powering it up. With that, NVIDIA supposedly put the project on hold.

The rumour ends there, without any further explanation if and when NVIDIA would revisit Titan Ada, but at this stage, it’s clear that the GPU brand may want to focus on ensuring that the launch of the RTX 4090 and all subsequent Lovelace cards ship hit the market without any complications.