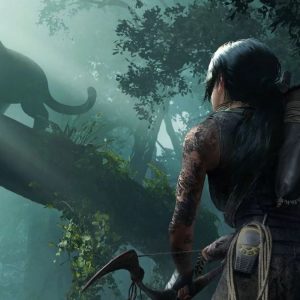 Amazon Games, the gaming division of the multinational company, announced that it will be releasing the next Tomb Raider title. To that end, it will be partnering up with the game’s studio and developer, Crystal Dynamics.

According to Amazon’s official press release, the upcoming Tomb Raider game, which still remains untitled will reportedly continue the single-player and narrative-driven story-telling, with its protagonist Lara Croft squarely at the helm. Without revealing too much, it promises the same elements of puzzle-solving and tough enemies for players to confront, just as they did with the reboot of the series, which kicked off back in 2013.

In addition, Crystal Dynamics says that the next Tomb Raider title will be developed using the Epic Games’ Unreal Engine 5, the next-gen game engine that made its debut back in April this year.

“Tomb Raider is one of the most beloved IPs in entertainment history,” Christoph Hartmann, VP of Amazon Games, said. “Amazon Games is committed to bringing players games of the highest quality, from the best developers, across all variety of platforms and genres, and we’re honored by the opportunity to work with this storied developer and franchise. Our team is incredibly excited about collaborating with the talented and visionary Crystal Dynamics team to bring the next chapter of Lara Croft’s saga to players around the world.”

The new Tomb Raider title aside, the partnership is a little surprising, given that this is the first news we’ve heard about Crystal Dynamics, specifically, after its acquisition by the Embracer Group. As a quick primer, the studio, along with its sister developers Eidos Montreal and Square Enix Montreal, were sold off to the Swedish company, in a deal worth US$300 million (~RM1.32 billion).

Besides the Tomb Raider IP, the Embracer Group’s acquisition also included other major IPs, including Thief, Legacy of Kain, and the Deus Ex franchise. The latter is of major interest to this writer, primarily because the IP has been lauded as having one of the best narratives but was put on ice after its last title, Mankind Divided.

The post Amazon Partners Up With Crystal Dynamics To Make Next Major Tomb Raider Title appeared first on Lowyat.NET.