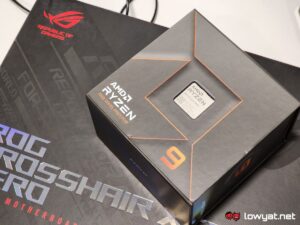 After the official launch of the Ryzen 7000 Series, AMD said that it would launch the non-X variants of Zen 4 CPUs much later down the line, but fell short of providing a specific launch date for them. Recently, however, new information now suggests that these lower-powered SKUs will be launching as early as 10 January.

The information seems to come by way of WccfTech, who seems confident of the launch date and that Lisa Su, CEO of AMD, will announce the non-X Ryzen 7000 Series lineup during the CPU and GPU maker’s keynote at CES 2023.

For the uninitiated, the non-X version of AMD’s Ryzen 7000 Series CPU lineup is typically less potent than their X-rated counterparts, and that is due to the modified power limits, base, and boost clocks. Traditionally, they’re usually between 100MHz and 200MHz slower as well but the good news is that, unlike Intel and its non-K CPUs, all of Team Red’s CPUs are overclockable. For that matter, they’re also expected to have significantly lower TDPs at 65W, versus the 105W and 170W of its parent company’s top-tier models.

It shouldn’t come as a surprise that the first three Non-X Ryzen 7000 Series CPUs that AMD is planning on releasing first are the Ryzen 9 7900, Ryzen 7 7700, and Ryzen 5 7600, which again, are slightly less powerful versions of their X-based counterparts that were announced back at the end of August this year.

But AMD isn’t just planning on launching its non-K CPUs either. As per our earlier report, the red chipmaker is allegedly planning to also announce its lineup of souped-up Ryzen 7000X3D CPUs as well. Like the Ryzen 7 5800X3D, these processors are enhanced with the brand’s 3D V-Cache chiplet design, greatly improving their performance. One main difference between this upcoming batch of 3D V-Cache CPUs and the 5800X3D, though, is that AMD had promised consumers would be able to overclock them and push their boost clocks even further.

In any case, AMD itself has yet to officially confirm any of these dates and SKUs that we mentioned here. As such and as always, a healthy dose of skepticism is advised.