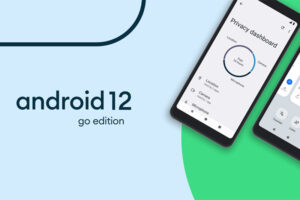 Google has announced that the Go edition of Android 12 will soon be making its way to entry-level smartphones. The company claims that the update will provide up to 30% faster performance, on top of the 20% improvement of the previous Android 11 Go edition.

For those unfamiliar, the Go edition is a lightweight version of Android that is built specifically to run on affordable, entry-level phones. The new update is scheduled to arrive in 2022, and would be focusing on providing smoother animations, more privacy, and taking into account that cheap phones usually have very limited storage.

To start with, a new feature will hibernate unused apps to conserve battery life and save on storage. The Files Go app will also let you recover deleted files within 30 days, so that you can temporarily free up some space. You’ll also be able to save on data by transferring apps from nearby devices using Nearby Share.

Android 12 Go edition is also bringing Android 12’s privacy dashboard, which lets you review permissions for all apps and revoke them if you wish, as well as camera and microphone indicators in the status bar. There’s also the on-screen translation tool that translates any content you’re reading into your preferred language.

Android Go was released only four years ago in 2017 with Android Oreo, but Google revealed that the operating system now has over 200 million users. Its official homepage states that over 80% of entry-level Android phones now use the OS.