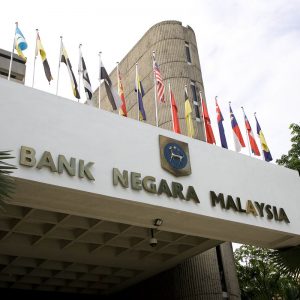 Using one-time passwords (OTP) via SMS was, once upon a time, thought to be a pretty good two-factor authentication option. Over time though, it has become clear that this method is not secure as it was believed to be. Now, Bank Negara Malaysia is even asking local financial institutions to move away from using OTP SMS and adopt more sucure authentication methods to curb financial scams.

This comes via a tweet by the official Bank Negara Malaysia Twitter account, which highlights five steps financial institutions can take to protect their customers. Others include limiting customers to using only one device for their online banking authentications, and implementing a cooling off period for first time online banking or device registrations.

Beyond these, banks are also asked to further tighten fraud detection rules and triggers, and block such transactions until confirmed by customers that said transactions are genuine. And finally, financial institutions are also required to set up dedicated hotlines and improve response rates to customer reports of scams.

The tweet itself is part of a long thread by the Bank Negara Malaysia account. Further down the thread, the central bank acknowledges that these additional security measures will mean that online banking will become a bit more complicated than before. Despite this, these are important steps for customer security. Bank Negara also says that it will continue to monitor and take appropriate action on financial institutions to ensure that they observe the “highest levels of controls and security standards”.

On one hand, this all sounds pretty good, and the increased complication of the online banking process is a small price to pay. That being said, we should still be doing our part in keeping ourselves safe from financial scams. And on that front, we should always remember that if something sounds too good to be true, it probably is.

The post Bank Negara Tells Banks To Move Away From OTP SMS appeared first on Lowyat.NET.