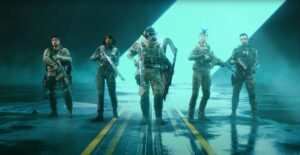 Fans of the Battlefield series are aware that the latest entry in the series, Battlefield 2042, is not in the greatest of spots right now. That being said, the game is still trudging along, with its Season 3 rolling around at the end of the month. For those who didn’t buy the game, but would like to give the game a go, you can do so at the very start of next month.

The game’s publisher, Electronic Arts, has announced an upcoming free access period to Battlefield 2042. These free windows fall on different dates depending on if you’re playing on Steam, or on PlayStation.

For the duration of these free access windows, you can basically get everything that Battlefield has to offer. The exception is of course the Premium Battle Pass, unless you actually buy it. Instead, you’ll get login rewards which include Lis and Crawford, specialist characters from Season 1 and 2, respectively.

If you decide to buy the game later, your progress and purchases will be carried over. Though it is weird that anyone would pay for things for a game that they haven’t yet bought. For what it’s worth, EA says that there will be discounts for Battlefield 2042 during the holiday sale period. Though the significance of the discount remains to be seen.

As part of Season 3, EA is bringing back classes, and reassigning specialists to them accordingly. That being said, these will likely not be part of the free play period, since the publisher says that they will only be a part of the 3.2 update.

But back to the Battlefield 2042 free access dates. For Steam, the free access period is between 2 and 6 December, after adjusting for timezone differences. As for PlayStation, the dates are between 17 and 24 December. You’ll need to sign into your EA account, which may or may not prevent you from jumping into the the two different free access windows.