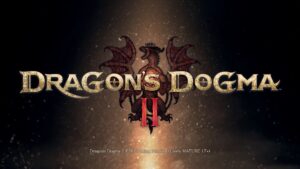 Dragon’s Dogma is quite the cult-classic among the many other fantasy RPG titles out there. But rather than a remake, Capcom has announced that it’s making a sequel instead, which is actually a little refreshing. For now, it is known simply as Dragon’s Dogma 2.

The announcement came at the very end of the game’s 10th anniversary stream. The stream itself talks more about the origin of the IP than details on the sequel itself. Because of that, there’s not much that we know about Dragon’s Dogma 2 for now. In fact, the only thing we know about it now is probably the fact that it will be made using the very pretty RE Engine. It’s the same engine that’s being used in seemingly every Capcom title starting from the remake of Resident Evil 2.

As mentioned, Dragon’s Dogma is a cult classic. While it had its own dedicated fan base, it was far from something that can be considered mainstream. So when Capcom said that there will be a 10th anniversary broadcast for it, it could only mean a limited number of things. If it wasn’t a remaster or remake, as is so common these days, it would be a sequel.

Dragon’s Dogma II will begin the cycle anew.
Join director Hideaki Itsuno as he reflects on how the world of Gransys came to be and shares the announcement of the upcoming sequel, in development using RE Engine:

For an action RPG, Dragon’s Dogma is unique in a couple of ways. First is the Pawn system, which is a unique take on followers and party members. Then there’s the ability to jump on and climb large enemies, now something that’s seen more prominently in the Monster Hunter series instead.

With Capcom announcing only that Dragon’s Dogma 2 is in development, it will be a very long time before the game will be ready for players. In the meantime, you can play the first game to tide you over. If you’re subscribed to Netflix, then you can probably go give the Dragon’s Dogma animated series a watch.