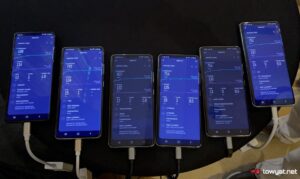 Six major telcos in the country have signed the access agreement to enable them to deliver 5G service by utilizing the infrastructure provided by the national 5G company, Digital Nasional Berhad (DNB). As you might be able to guess, the telcos include Celcom, Digi, Maxis, TM, U Mobile, and YTL Communications.

The news came barely a day after it was announced that Celcom, Digi, TM, and YTL Communications had finalized their share agreement with DNB. Through the agreement, these telcos have collectively obtained 65% stakes in DNB with the other 35% going to the government.

That being said, the government holds a golden share though which means they still have more power than other shareholders in DNB. Furthermore, the share agreement already stipulated that telcos cannot own more than 20% of stakes in the company.

Back to the 5G access agreement, The Edge who broke the news noted that the execution of the access agreement is still subject to approvals from the board of respective telcos. However, there is a dateline attached to it which is 30 October.

While The Edge said that its report was based on information from sources familiar with the telcos, Finance Minister Tengku Zafrul has seemingly confirmed it through a brief post on his Facebook page this morning. It may seem odd that the Finance Minister made a comment regarding a 5G agreement but then again, DNB is a special purpose vehicle that is owned by the Ministry of Finance, after all.

Just a few days ago, DNB Chairman Asri Hamidon said that Malaysia’s 5G coverage currently stands at 33% of the populated areas. According to the company’s current plan, it aims to increase that figure to 40% by the end of 2022 and ultimately, DNB believed that it will be able to expand the 5G footprint to 80% of the populated areas in the country by 2024.