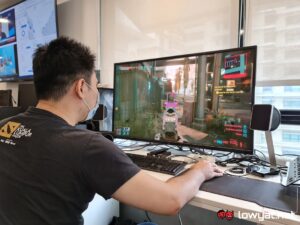 China recently expanded its suppression on video gaming, this time targeting the livestreaming or broadcasting of certain games. As of Friday last week, government regulators said that the broadcasting of “unauthorised titles” online is “strictly forbidden”.

The National Radio and Television Administration specifically stated that platforms of all kinds must not livestream games that have yet to receive approval from related authorities. This includes the livestreams of games and competitions that are taking place outside of China. As for the reason behind the new government requirement, the regulating body says that it is aimed at preventing the cultivation of celebrity fan culture, and that Chinese gamers and fans of games should resist “abnormal aesthetics”.

Daniel Ahmad (@ZhugeEX), senior analyst at Niko Partners, provided a slight insight regarding China’s new policy. Surprisingly, the need for government approval for streaming content had always been there, but rarely enforced. More to the point, this “renewed” enforcement means that, in practice, unless your game is approved herewith, putting up livestreams, short videos, or even advertisements for the title will now be extremely difficult.

China’s regulation around video games continues to focus on compliance and enforcement.

Games have always required a license before they can be distributed or streamed in China. The latter was rarely enforced. Now it will be. https://t.co/gRZeSQ6hLX

In response to the restriction, Tencent Holdings, one of China’s largest gaming companies, announced that it would shut down a service that allowed Chinese gamers to play unapproved foreign games on overseas platforms.

It is no surprise that China has one of the most stringent and strictest laws and regulations when it comes to video games. Last year, the country’s government took steps to limit the amount of time children under 18 were allowed to play video games, to just three hours of gaming per week. Taking it a step further, the rule also meant that children could only engage in one hour of gaming a day during the evening, and only during Fridays, Saturdays, and Sundays.

Prior to that rule, minors in China were allowed to game for 1.5 hours a day, at any time of the day, and double that amount of time during public holidays in the country.