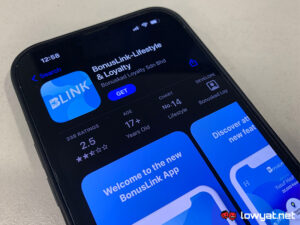 Rapid KL operator Prasarana is collaborating with BonusLink to introduce cashless payments for its services. With the agreement, commuters will be able to purchase the My50 Unlimited Travel Pass through BonusLink’s Blink app starting from 15 May, as well as make other cashless transactions.

The proof of concept collaboration will last for three months and will be implemented at 10 selected rail stations to allow users to purchase the travel pass through the app, including KL Sentral and Pasar Seni. Currently, the travel pass can only be purchased with cash at Prasarana rail station counters.

With Blink, users who have completed registration details can purchase a My50 pass e-voucher on the app, however, they will still need to go to one of the selected rail station counters to actually redeem it. During the promoting period, BonusLink users can also get up to a 40% rebate when they pay for the travel pass using a Visa card.

Prasarana Group president and CEO Mohd Azharuddin Mat Sah said that if the response from users is encouraging, the system will be implemented at all Rapid KL rail and bus stations. He also mentioned that the company is looking to collaborate with more apps to expand its digitalisation efforts, including e-wallets.

The post Commuters Will Soon Be Able To Purchase My50 Travel Pass Using BonusLink Blink App appeared first on Lowyat.NET.