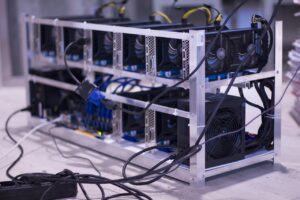 Ah, cryptomining server farms. As profitable as the activity is, there are undoubtedly times when it can be an inconvenience to others, especially if the farms run off consumer-ready GPUs, or if the entire farm is set up in a non-industrial environment. Case in point, a Thai “data centre” that burst into flames at the start of this month.

According to the Thai-based news site, City News, firefighters in the city of Mae Ping were called after witnesses saw one of the city’s buildings catch fire and go up in smoke. Once the fire was doused and the firefighters were able to assess both the situation and damage, it was found that the so-called data centre was actually a server farm, set up to mine cryptocurrency.

While the Thai news site doesn’t actually specify what sort of server farm it was, a quick look at one of the pictures taken seems to indicate that the servers were all ASIC miners, along with a few GPU-based miners in the corner. To add insult to injury, the owner of the “data centre” lost 72 mining machines in the fire.

The popularity in cryptomining is fairly understandable, given the current value of cryptocurrencies, such as Bitcoin and Ethereum. That said, it is important to note that not all premises are equipped to handle massive surges in power consumption, such as commercial and residential areas; basically, non-industrial areas. At best, you’re drawing more power for the miners to work harder. At worst, you could cause a blackout within the immediate area of the miner farm.