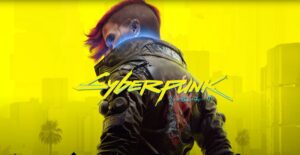 Back in September, CD Projekt Red has announced the first major expansion for Cyberpunk 2077, which is called Phantom Liberty. The fact that it is the first major expansion in a list of smaller improvements, addons and free DLC, the most prominent of which is likely the recent Edgerunners update. While all of these have been free, the developer has since confirmed that Phantom Liberty will cost money.

As GamesRadar+ reports, Radek Grabowski, global PR director at CDPR, has stated that while the devs has not yet set a price for it, Cyberpunk 2077: Phantom Liberty will indeed be a paid expansion. He also says that “our expansions are traditionally cheaper than full-price games”, which sounds like stating the obvious.

If you’re not up to speed with what the expansion provides, Cyberpunk 2077: Phantom Liberty is set to take place in a previously unexplored area of Night City. It will be a “spy-thriller” experience, featuring V as the returning protagonist, as well as Johnny Silverhand, played once again by Keanu Reeves. So far, it sounds like it will be comparable in scale to one the two paid expansions to The Witcher 3: Wild Hunt. Specifically, the Blood and Wine expansion which added a whole new map to the game.

Judging from the similarity in scope, there’s a chance that Cyberpunk 2077: Phantom Liberty will cost about the same as Witcher 3: Wild Hunt – Blood and Wine. At the moment, the latter is listed on Steam as costing RM63.99. Which sounds about the right price for a paid expansion to Cyberpunk 2077, which is currently priced at RM219. As for its release date, it still only has a very vague 2023 window. It’s also worth noting that this DLC will only be available for current generation consoles and PC. For those who are playing the game on the PS4, this expansion won’t be available to you, unfortunately.

The post Cyberpunk 2077: Phantom Liberty Will Be A Paid Expansion appeared first on Lowyat.NET.