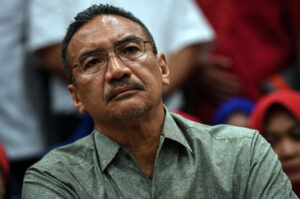 Just recently, a database showed up on a popular database marketplace that contained the personal information of about 22.5 million Malaysians. Minister of Defence Hishammuddin Hussein, speaking up about the issue, said that the data leak won’t be able to affect national security as his ministry has systems in place to prevent such a situation.

Hishammuddin said he is confident that Malaysia’s relevant intelligence agencies are prepared for any eventuality that could come from the breached data, although he did not clarify what specific mechanisms would prevent the data from being misused.

The data set contains, among others, the name, IC number, address, date of birth, gender, race, religion, mobile number, and Base54-based photo of the entire Malaysian population who were born between 1940 to 2004. To prove its authenticity, the person who posted the leak even revealed the personal information of Home Minister Hamzah Zainudin.

The seller of the database, who is selling it for US$10000 (~RM43885), claimed that the dataset belonged to the National Registration Department (JPN) but the Ministry of Home Affairs quickly denied that claim. Nevertheless, Hamzah said that an investigation has begun to find the culprit behind the data theft.

Not much else has been revealed about the ongoing investigation, but the Home Ministry said it will be calling in individuals involved in the sale of personal data for assistance and that the results would be announced soon. Hamzah also noted that the standard operating procedure (SOP) for obtaining personal data through agencies under JPN will be placed under review as obtaining the data directly from the department would prevent the situation from happening again.

Interestingly, there is another alleged JPN database put up for sale just last year, which the Home Ministry also denies as being the source of the leak. There was also a listing that contained the personal info of 10 million Malaysian voters, creating concerns about the Election Commission of Malaysia’s ability to safeguard voter information.