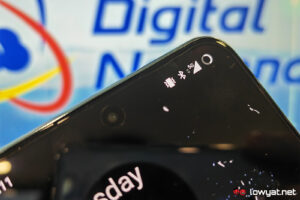 Digital Nasional Berhad has expanded its 5G network footprint to cover several new states. This was revealed in the JENDELA Q3 2022 report that has just been published by the Malaysian Communications and Multimedia Commission (MCMC) on its official website today [pdf].

Even though 5G deployment has been mentioned in previous JENDELA reports, the newly released Q3 2022 edition is the first time that there is a dedicated section for it. Within it, there is a chart that contains a breakdown of the 5G deployment rate for 13 states up to 30 September 2022.

For clarity, we are using the chart that was shown during the joint media briefing with the local industry players and the Malaysian Communications and Multimedia Commission (MCMC) earlier today. This is because some of the in-depth figures were missing from the version that was used for the public report although several essential data such as the number of completed sites are still identical in both versions.

According to the accompanying note on the chart above, DNB has kicked off the 5G deployment in Perlis, Pahang, and Kelantan even though the company originally planned to do it in 2023. However, the number of sites – apparently located at selected schools – was extremely limited though.

We tried to identify these sites through the coverage map on DNB’s website but to our best ability, we were only able to locate those that are in Kelantan:

Aside from Perlis and Pahang, also missing from the coverage map on DNB’s website so far are the sites in Sabah and Sarawak. At the same time, there were also states that did not even make it to the Q3 2022 5G deployment chart such as Kedah, Terengganu, and Labuan.

Meanwhile, JENDELA Q3 2022 report also pointed out that DNB actually did not meet its 5G deployment target for the quarter. Out of the 1,290 planned sites, the national 5G company was only able to sort out 944 sites or 73.2% of its target.

It was noted in the report that the shortcomings were due to permit approvals and pending changes within the guidelines from the local government. For Sarawak, DNB also said the sites that belonged to the state’s main telecommunication infrastructure provider, Sacofa are associated with a high cost of fibre leasing.

In order to meet its commitment for 2022, DNB is now working to deploy 5G in 993 sites that were originally planned for 2023. The 5G coverage in populated areas throughout Malaysia currently stands at 33.2% while the company is aiming to hit 37.9% by the year-end.

The post DNB Deploys 5G In Perlis, Pahang, and Kelantan Ahead of Schedule appeared first on Lowyat.NET.