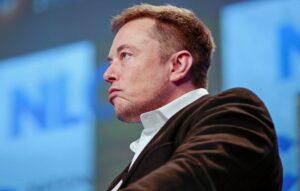 Remember how just a couple of days ago, Elon Musk, the CEO of Tesla and soon-to-be owner of Twitter, put his US$44 billion (~RM193 billion) deal for the social network on hold? Now it seems that he’s earned the ire of Twitter’s legal team for breaking an NDA with them.

According to Reuters, Musk’s violation of the NDA came about after he tweeted the actual sample size number that Twitter uses in order to calculate fake, spam, or duplicate tweets. That number, by the way, is 100.

Twitter legal just called to complain that I violated their NDA by revealing the bot check sample size is 100!

Musk’s tweet was basically explaining the concept of a random sampling process to a question asked by one of his followers, who in turn had posed the question over an initial tweet that the Tesla owner had posted. In his response, Musk simply said taht his team picked 100 as the sample size number, because that is what Twitter uses to calculate less than 5% of spam, fake, and duplicated tweets.

While the disclosure may have broken his NDA, it doesn’t detract from the possibility that the company’s spammy, fake, and duplicated accounts and that it is highly likely the actual number of said accounts may exceed more than 5% of its supposed 229 million “monetisable” daily active users.

Musk’s move to purchase Twitter is, unsurprisingly, one that has been mired in controversy and questions. The man was one of the few billionaires and individuals that has actively voiced out against the Twitter’s decision to permanently ban the former US President, Donald Trump, after it was concluded that he had used the platform to incite last year’s deadly 6 January riots that took place in Washington.

Then, as if to add further insult to its current state, the social network’s current CEO, Parag Agrawal, fired two of his top executives rather unceremoniously, citing the desire to take Twitter and its current team in “a different direction”.

The post Elon Musk Gets Told Off By Twitter Legal Team For Breaking NDA appeared first on Lowyat.NET.