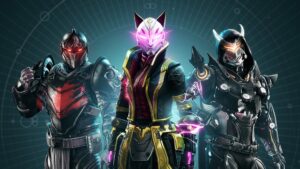 Epic Games has agreed to pay a fine totalling US$520 million (~RM2.3 billion), set by the US Federal Trade Commission (FTC), in order to put allegations pertaining to its battle royale title, Fortnite. The fine comprises two parts: one over the violation of the Children’s Online Privacy Protection Act (COPPA), and the other over billing practices and use of dark patterns.

For the first violation, The FTC fined Epic Games US$275 million (~RM1.22 billion), a sum that the government agency says is the largest it penalty it has slapped a company with over the issue. The second fine, or order in this case, requires the Unreal Engine 5 (UE5) owner to refund customers US$245 million (~RM1.08 billion) over billing practices and the earlier mentioned “dark patterns”. For the uninitiated, that term is a name given to a site’s UI and design that is more or less purposefully made to be scammy, both in design and practice.

“As our complaints note, Epic used privacy-invasive default settings and deceptive interfaces that tricked Fortnite users, including teenagers and children,” FTC Chair Lina M. Khan said . “Protecting the public, and especially children, from online privacy invasions and dark patterns is a top priority for the Commission, and these enforcement actions make clear to businesses that the FTC is cracking down on these unlawful practices.”

Elaborating on the second fine further, the FTC alleged Epic Games had actually used its dark patterns to trick players into making unwanted purchases, as well as allowing children to rack up unauthorised charges, all with parental consent. This happened inspite of the Fortnite owner having rolled out “cabined” accounts this month for young Fortnite, Fall Guys, and Rocket League players on its platform.

These “cabined” account from Epic Games were basically supposed to lock children out of certain features that require parental consent, such as voice chat or even buying items from in-game stores with real money.

Epic Games has said that it has already “restored thousands of accounts that were banned due to reported chargebacks” that occurred with its previous policy. As of now, the company’s digital platform no longer stores payment information by default, and users will have the chance to opt out of it.

The post Epic Games To Pay US$520 Million Fine Over Fortnite Case appeared first on Lowyat.NET.