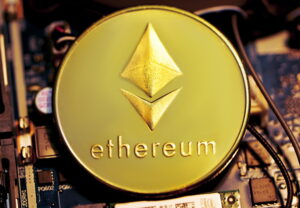 It’s done. After years of talking about it, Ethereum, the second largest cryptocurrency in the world, has finally completed its transition from a proof-of-work (PoW) status, into proof-of-stake (PoS).

The move, also known as “The Merge”, was a decision made by Ethereum’s co-founder, Vitalik Buterin, way back in 2016, who very clearly was looking for a more energy-efficient and environmentally-friendly manner of sustaining the digital currency. As per The Verge, the switch over began on 6 September, when the Bellatrix upgrade was activated. Fast forward to today, and upgrade and switchover to PoS is now complete, and that in turn triggered another upgrade, known simply as the “Paris Upgrade”.

Happy merge all. This is a big moment for the Ethereum ecosystem. Everyone who helped make the merge happen should feel very proud today.

For the uninitiated, here’s a quick breakdown of what and why the switchover for Ethereum is kind of an important milestone: when the coin was running on PoW platform, like all cryptocurrencies, its decentralised nature utilises the raw processing power of computers around the world, pitting them against each other through use of puzzle-solving, adding a new block to the chain with each successful solution. Till today, this was the defacto way of earning a piece of the digital coin.

Needless to say, this method of earning Ethereum was terribly power-hungry and as we’ve reported in the past, negligent cryptomining can lead to some rather devastating results, ranging from a fire breaking out, to causing a city-wide blackout.

Now that Ethereum has switched over to PoS, the paradigm is shifted to individuals and validators who can or have put up their own Ether as collateral. Meaning that, if they misbehave, they risk losing their portion of the coin. In other words, the average user isn’t affected, but cryptominers will no longer

The more important aspect of shifting from PoW to PoS, though, is the massive decrease in energy consumption; The Ethereum Foundation says that the switch means that energy costs are effectively reduced by more than 99%, while global power consumption will also drop by 0.02%. This can also be construed as good news for gamers too; with mining the coin now pretty much out of the question, it is likely that there another surplus of graphics cards will happen and more importantly, this also means that the average of price of GPUs will also begin falling.