PETALING JAYA: Let Pakatan Harapan and Perikatan Nasional partner up to form the government as those two coalitions had the most seats, says Datuk Seri Mohamad Hasan.

The Umno deputy president, better known as Tok Mat, said that Barisan Nasional had to accept their loss in the 15th general election and should instead focus on acting as a “check and balance” for the new government that might form.

“We as Barisan must accept the decision of the people who have rejected us.

“If they (Pakatan and Perikatan) are still unable to form a government, please don’t blame us. This is the result of the democratic process to return the mandate to the people and we must respect the decision of the people,” he said in a post on social media on Monday (Nov 21).

He added that Barisan would still be willing to contribute in “open and sincere” discussions should the coalition’s help be required during the current post-election transition period.

“I agree with Tok Mat Hasan. It’s better for Perikatan and Pakatan to form their own government,” Bung Moktar posted on Facebook. 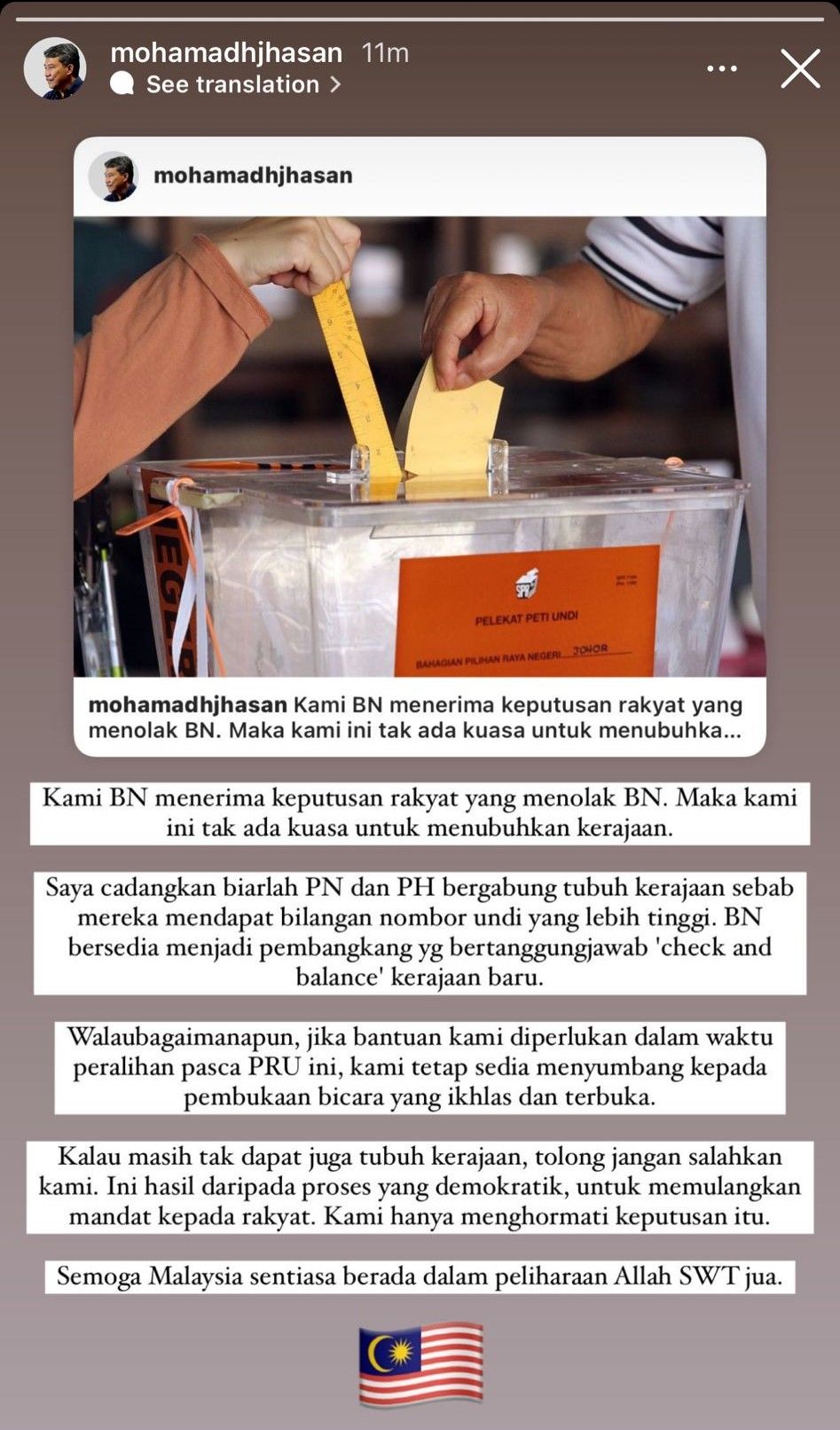