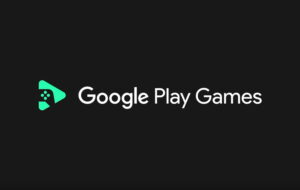 Google will bring Android games to Windows next year through a native Google Play Games app for the operating system. Teased during The Game Awards, the company is apparently doing this on its own accord and not through a direct collaboration with Microsoft.

The company didn’t provide in-depth details on how the Android games will be able to run natively on Windows via the app. That being said, Google promised that gamers will be able to seamlessly switch between Android phones and tablets as well as Chromebooks and Windows PCs.

This is not only in terms of catalogue access but also the ability to resume Android game sessions on Windows machines and vice versa. Furthermore, the games will run natively on Windows and not via cloud streaming.

It is yet another interesting development for Windows 11 which has been baked with built-in Android emulation capabilities. At the same time, it is also intriguing to see that Google choose to do this by itself rather than following the steps of Amazon who has collaborated with Microsoft to integrate the Amazon Appstore on Windows 11.

Meanwhile, there are no words at the moment whether Google will eventually bring the whole Google Play to Windows. Nevertheless, having a native Google Play Games app seems like a great start.

The post Google Play Games Are Coming To Windows In 2022 appeared first on Lowyat.NET.