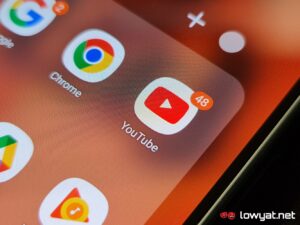 Google recently announced at its Marketing Live event that it will gradually start rolling out ads via YouTube Shorts and that the new add-on feature will be available globally.

The update comes after the search engine began testing its advertising reach starting last year. As for how it is expected to work, advertisers will be able to see their ads automatically added to Shorts should they run their video action campaigns and app campaigns.

Along with the appearance of the ads, “new, highly-visual shopping ads,” will also be accessible to users. However, this particular attribute will see limited availability within the United States and Google has yet to confirm if it will be available globally.

The video ads can be identified by the presence of a yellow “ad” badge, indicating to users that what they are watching at that moment is, in fact, an advertisement. That ad, by the way, is also followed by a brief description of said ad, advertiser’s name and account, and a “Shop Now” button along with a carousel of products the user may browse through.

The new ad function isn’t what one would call groundbreaking. As it stands, similar advertising features already exist on other social media networks including TikTok, which allows the viewer to see products on the platform in between videos without having to switch to a browser.

YouTube Shorts generates around 30 billion views per day, more than four times what it was last year.Taking that fact into consideration, it makes sense why the company would want to venture onto the short form- video platform to expand its advertising.

In its blogpost, Google says that the update is definitely an “exciting milestone for advertisers,” because it believes that it will foster further a long-term solution in regards to monetisation on YouTube Shorts for the content creators. Having said that, Google did make it clear that for the time being, creators will not receive any income from their ads appearing on Shorts.

Irfan Iskandar contributed to this article.