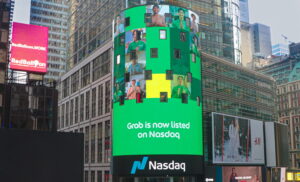 Grab went public earlier this month, following an announcement that it had plans to do so back in April. Now, barely two short weeks later, the company is acquiring premium grocery chain Jaya Grocer.

In a filing to Nasdaq, Grab said that it has entered into a share purchase agreement with the owners of Jaya Grocer to buy all of the latter’s ordinary shares, and 75% of preference shares. Once the transaction is closed, Grab still has the option to buy the 25% remaining preference shares.

The company already has its hand in grocery delivery service in the form of GrabMart. The acquisition of a grocery chain could help strengthen its position in the space but then again, the retail business is a different ballgame altogether though.

The Nasdaq filing notes that Jaya Grocer operates 40 stores across Peninsular Malaysia, with most being in the Klang Valley. Which may also be an indication as to where the service will be available should that pan out.

Also noted in the filing is that Grab intends to partner with a local investor, which will own 50% of the voting shares in Jaya Grocer. However, the company has yet to name any potential partner at the moment.