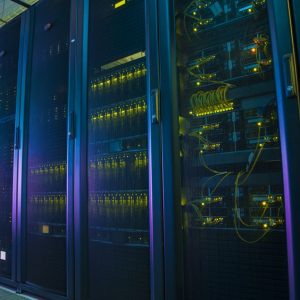 Cryptomining. It’s a dirty word to PC gamers, but love it or leave it, the action has long been the norm for miners and will continue to be so, for the foreseeable future. For one group of hackers, however, hacking into a datacentre full of HP servers and transforming them into miners was clearly a very lucrative choice.

According to multiple sources, the hackers breached the datacentre’s cybersecurity and reprogrammed its HP servers to help them mine Raptoreum cryptocurrency, between 9 December and 17 December. In total, the hackers made off with approximately US$110000 (~RM461450) worth of the currency, before scurrying away into the darknet.

At the time of writing, the company that was hacked is still unnamed, but it is highly possible that it was one of several victims of the Log4J vulnerability that include Amazon, IBM, and Microsoft as its targets. However, it was determined that the affected HP servers were using AMD’s 9000 EPYC hardware that, when made to mine Raptoreum, was capable of mining at 400MH/s.

As a quick primer, the Log4J vulnerability was discovered earlier this month and was found to have the ability to enable remote execution on a system running as localhost, even if it has not external connections.

The post Hackers Made More Than US$110000 In Cryptocurrency With Hijacked HP Servers appeared first on Lowyat.NET.