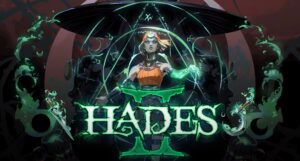 Earlier today during this year’s Game Awards 2023, it comes as no surprise that there was a slew of world premieres from a number of developers, many of which were either new IPs or sequels to currently existing IPs. In Supergiant Games’ case, the studio found was part of the latter category when Hades 2, its upcoming title and sequel to its critically acclaimed 2018 title.

Per its official announcement trailer, Hades 2 will switch its focus from Zagreus, the immortal son of the Greek God of the Underworld, Hades and his wife, Persephone – who is also the daughter of Zeus and Demeter which technically makes her his niece, highlighting just how messed up the whole Greek pantheon really is when it comes to “keeping it in the family” – to and all-new character currently and simply referred to as the immortal “Princess of the underworld.”

According to the Hades 2 description on its official Steam page, the game will be focused on fighting the forces of the Titan of Time, which we’re assuming is Chronos. Additionally, the game’s theme will also be taking a slight shift in its tone, from the Underworld of Greek mythology to what Supergiant Games describes as its deep connection to the “dawn of witchcraft”.

As you would expect, the Hades 2 trailer doesn’t offer any substantial information, like the actual name of the Princess, for example, but what is confirmed is the appearance and appearance of new Gods and Goddesses in-game, some labelled as personifications or the incarnate form of their aspects. Supergiant Games also hints at the return of some familiar Gods, chief among which being Zeus, who appears at the end of the trailer, looking worse for the wear and chained up by God-knows-who.

As for the gameplay, it looks like that Supergiant Games isn’t straying too far from its formula that brought its first game to glory; like most rogue-like titles, Hades 2 is still a beat ’em up and we’re guessing that the Princess will be able to gain access to different weapons, skills, and abilities, as she either completes a run in-game or dies midway, in the process of getting to the end of the game. That, and the fact that you can now also have cute interactions with what is clearly an oversized toad.

Supergiant Games says that Hades 2 will be available on both the Epic Games Store and Steam, although no release date has been officially announced.