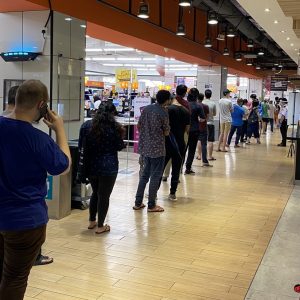 During an interview on RTM, Health Minister Khairy Jamaluddin announced that he plans to table an amendment to the Prevention and Control of Infectious Diseases Act 1988 (Act 342) later this week which will increase the maximum amount of compound that can be imposed on those who breached the COVID-19 SOP.

Act 342 currently limits the compound to RM1,000 although the Emergency Ordinance (EO) which was implemented during Movement Control Order and National Recovery Plan allows the amount to be much higher at up to RM10,000 for individuals while the limit for companies or government agencies was RM50,000. Under the new amendment, the maximum compound for individuals would be reverted to RM10,000 while companies and agencies may have to fork out up to RM1 million.

This doesn’t mean the authorities can easily issue huge compounds to everyone who breached the SOP as the amendment will also include a strict guideline that they need to adhere according to Khairy. As an example, he pointed out that the RM1 million compound will likely be issued to repeat offenders such as large manufacturers which have been previously associated with COVID-19 clusters.

Khairy assures that each case will be assessed individually and small traders would likely get smaller fines while those who are wealthier will get higher compounds, he explained. Additionally, the amendment will also empower local council enforcement officers to enforce the law and issue compounds, with strict guidelines to prevent abuse of power.

However, some such as Boo Su-Lyn, the Editor-In-Chief of CodeBlue as well as Azrul Mohd Khalib, the CEO of Galen Centre for Health & Social Policy have criticised the amendment, saying that it’s very likely to open up another avenue for corruption.

Police likely to impose max & let u figure it out in court.

On 9 December, the 100-Day Aspirasi Keluarga Malaysia programme was held at the Kuala Lumpur Convention Centre (KLCC) to showcase the government’s achievements within its first 100 days. The event got overcrowded due to hordes of people rushing to take advantage of the massive discount offer on unpaid summonses, leading to the discount counters being shut down and the organiser being issued an RM1,000 compound for failing to enforce proper SOPs.

Khairy explained that the considerably low compound was due to the fact that the EO has just been repealed on 8 December which means that MoH has to turn to the existing provision under Act 342. That being said though, there was a raid on an entertainment centre on the same day that resulted in compounds totalling RM245,000 which have left some wondering how exactly the regulation works.

The post Health Ministry To Increase COVID-19 Compound Up To RM10,000 For Individuals appeared first on Lowyat.NET.