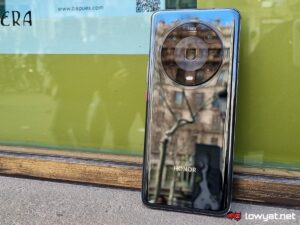 The 5G device list on Digital Nasional Berhad (DNB) website has been growing rapidly for the past few weeks. In general, the fastest turnover time that we have observed for a newly launched device is on the day of its Malaysian launch event but seems like that is not the case for the Magic4 Pro though.

It is not known when exactly the device was added to the list but previously, there were only two devices under the brand’s name on DNB’s website including the HONOR 50 and X9 5G. The addition of Magic4 Pro took place just when the CEO of HONOR Malaysia, Justin Li earlier this week revealed that the Magic4 Pro will be heading to Malaysia in early June.

First launched at Mobile World Congress back in February, the Magic4 Pro is equipped with a Qualcomm Snapdragon 8 Gen 1 processor together with 8GB of RAM and 256GB of internal storage. The IP68-rated phone also carries a 6.81-inch OLED display with curved edges, 120Hz adaptive refresh rate, native resolution of 1312 x 2848, and Qualcomm 3D Sonic Sensor for its in-display fingerprint reader.

One thing that surely not lacking on the device is the number of cameras. On its back, the Magic4 Pro offers a 50MP main camera, 50MP ultra-wide camera, and 64MP periscope telephoto camera that are also accompanied by a flicker sensor and multi-point laser focus sensor.

For selfies, the phone relies on a 12MP camera which is paired with a 3D depth camera. Powered by a 4600mAh battery, the Magic4 Pro has a maximum charging rate of 100W for both wired and wireless chargers.

Meanwhile, Justin also pointed out that Malaysia is one of the key international markets for HONOR which is why the company decided to launch HONOR 50 over here ahead of other countries outside of China. The executive has also revealed that there will be more than 20 HONOR products heading to Malaysia within the next few months.

In addition to the Magic4 Pro, the Watch GS 3 and Earbuds 3 Pro are also among those products. If you are curious enough and want to learn more about the new flagship device, make sure to check out our first hands-on experience with the device right here.

(Thanks for the tips, KevinNgTK!)