Huawei today provided us with the opportunity to try out the Huawei Watch D, its first ever smartwatch equipped with blood pressure monitoring capability. While not exactly a new product, as it was originally launched in China back in late December of last year, the company confirmed that the wearable will see an eventual launch in Malaysia sometime in late 2022. We say “eventually” because Huawei says it is still waiting for the Ministry of Health’s (MOH) approval on the Watch D’s built-in health features.

Without a doubt, the blood pressure monitoring feature on the Huawei Watch D is actually pretty significant. This is given the fact that we’ve yet to actually see a product from a mainstream consumer tech brand that provides such a feature in Malaysia, especially one that allows you to keep track of your blood pressure while on the go. And as we’ve covered before, this onboard functionality is the real deal – complete with an air pump powered cuff under the watch’s strap that tightens around your wrist when it scans your blood pressure. Doing so is pretty simple and straightforward during my trial with the device. However, it does take a couple more steps when compared to the more conventional monitoring features on current smartwatches.

First, you need to ensure the strap fits snugly around your wrist or else it won’t work properly. After this, activate the blood pressure tracker app, which will instruct you to rest your watch arm against your chest. Once you’ve done that, you’re then required to remain still for a few seconds while the Huawei Watch D tracks your blood pressure – this is also when it tightens the airbag powered cuff. Keep note that there’s no audible notification of the test’s completion, but you’ll know for certain of this when the watch loosens the cuff. From here, you can check your data that is displayed on the wearable’s display.

I can’t vouch whether the Huawei Watch D’s feature is accurate, as there wasn’t an actual blood pressure monitoring device present during the preview for comparison. Nevertheless, you can expect the device to be a game-changer in the mainstream consumer-level smartwatch category in Malaysia once it launches. Provided that Huawei gets MOH’s approval first, of course. 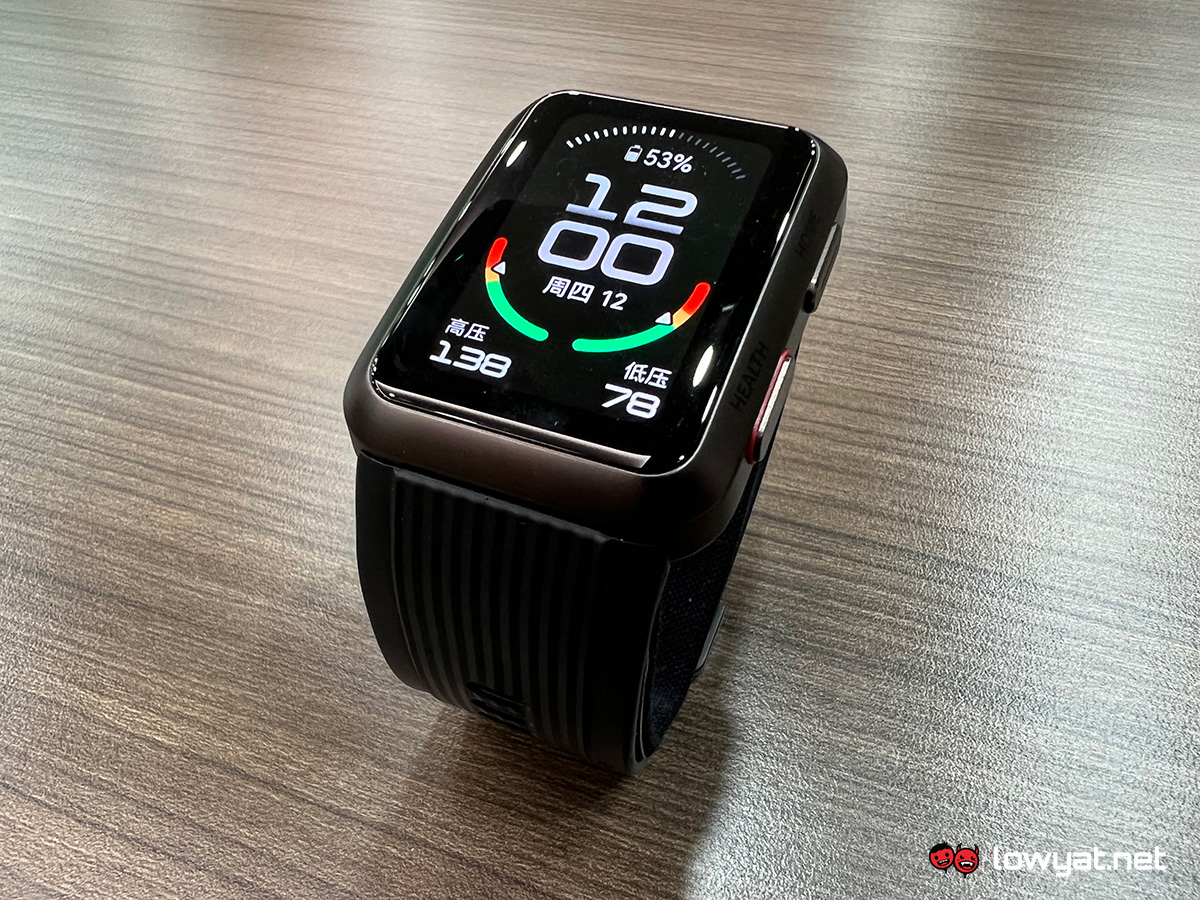 Unfortunately, I didn’t have enough time to try out the Huawei Watch D’s other onboard health tracking features such as its ECG, workout routines and so on. But rest assured that the device does pack plenty of which, as well as the usual smartwatch functionalities such as notifications, music control, GPS, NFC and more. My short time with it also obviously meant that I could not evaluate its battery life, though Huawei claims that the watch is capable of lasting up to seven days on a full charge. As for its design, the Watch D is considerably thicker than regular smartwatches, but it is still light and comfortable to wear – especially due to the padded cuff that hugs around your wrist. Huawei’s wearable is also rated at IP68 for weather resistance, so definitely can wear it while going for a run or doing other intense workouts, though I personally wouldn’t recommend bringing it along for a swim as the cuffs are fabric covered. 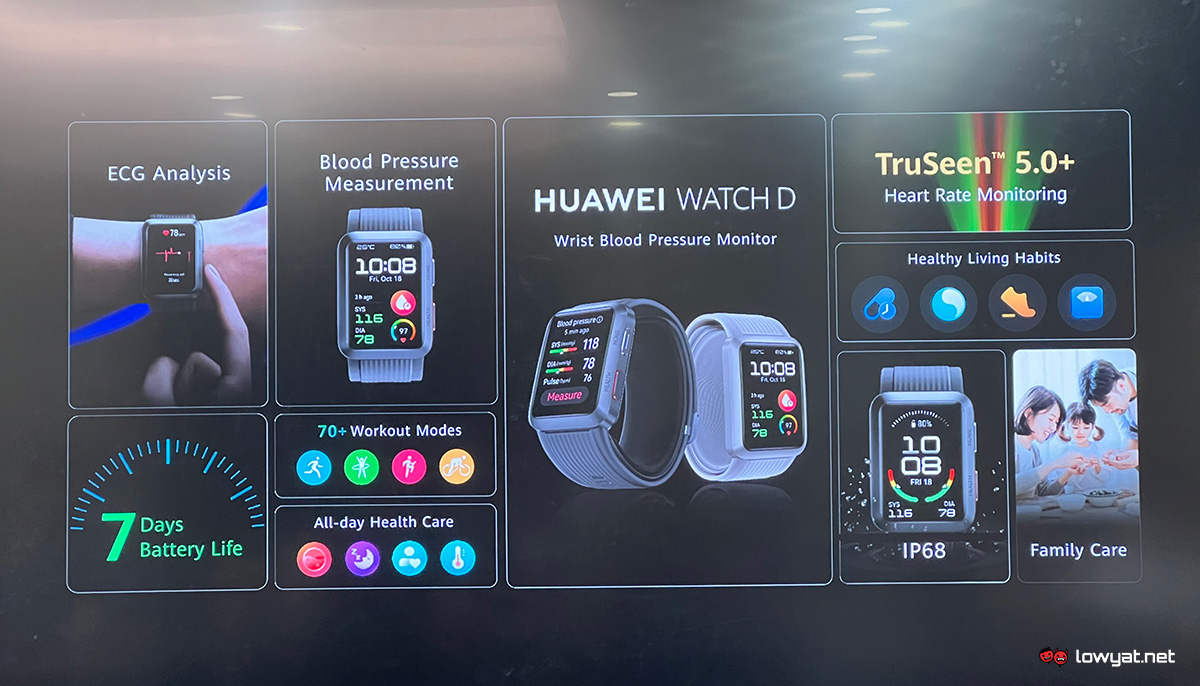 Without a doubt, the Huawei Watch D’s onboard blood pressure monitor is its major highlight, and definitely a feature that a lot of people have been wanting from a consumer-level wearable. As I mentioned earlier, we’ll find out whether its exclusive quirk is deemed reliable upon MOH’s evaluation, which will determine whether or not Huawei can release it locally towards the year’s end. Huawei has yet to disclose the smartwatch’s local pricing but for your reference, the Watch D launched in China for CNY 2,988 (~RM 1,972).