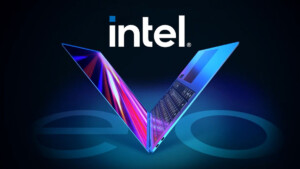 Intel is rumoured to be planning to lay off thousands of its employees, in an effort to stem rising costs and a dwindling PC market, according to a variety of sources that are in the know of the chipmaker’s everyday business.

According to a report on Bloomberg, Intel’s layoffs could happen as early as this month. More specifically, the company could break the news during its next earnings report, which is scheduled to take place on 27 October. If true, the chipmaker could be looking at slashing approximately 20% of its current staff from a number of divisions, including its sales and marketing group. As of July, Intel currently employs 113,700 people.

There are obviously several factor that can be attributed to Intel’s decision, but to be fair, the company has been facing an uphill struggle for many years now, and that was before its current CEO, Pat Gelsinger, was brought onboard to try and change its tides. The semiconductor maker’s last major layoff occurred in 2016, when it laid off 12000 of its staff at the time. In the years following that, it also closed down several divisions, most notably its mobile phone, modem, and drone divisions.

It also doesn’t help Intel’s case that it hasn’t been able to regain traction in the microprocessor and CPU market, both for desktop and the laptop market since 2017, when AMD essentially bulldozed its way back with its Zen CPU architecture and corresponding Ryzen CPUs. Additionally, and not that we’re trying to rub salt into an already gaping wound, it would take the chipmaker another five years before it would be able to finally and officially ditch the archaic 14nm process node – it introduced the die lithography back in 2016 with Skylake – and move on to the current 10nm Intel 7 process, introduced with the launch of 12th generation Alder Lake last year.

Intel had declined to comment on the subject of the layoff.

The post Intel To Lay Off Thousands In Light Of Slowing PC Market appeared first on Lowyat.NET.