Apple earlier today has rolled out the iOS 16.3 update to iPhone users throughout the world. The 762MB update brings together numerous bug fixes, security updates, and enhancements with one of the highlights being a new feature called Security Keys for Apple ID. The default two-factor authentication (2FA) that Apple has baked into Apple ID since 2015 involved a six-digit verification code that would pop up on the user’s designated Apple devices. Once the user activates the Security Keys for Apple ID, that role would then be taken over by the physical security keys.

According to the support document for the feature, one would require at least two FIDO Certified security keys in order to utilize it. The document also pointed out that the feature can’t be used with iCloud for Windows, Apple IDs that were created for children, and Managed Apple IDs. The restriction also applies to older devices that are not or can’t be updated to support security keys and Apple Watches that are paired to an iPhone that belonged to another family member. 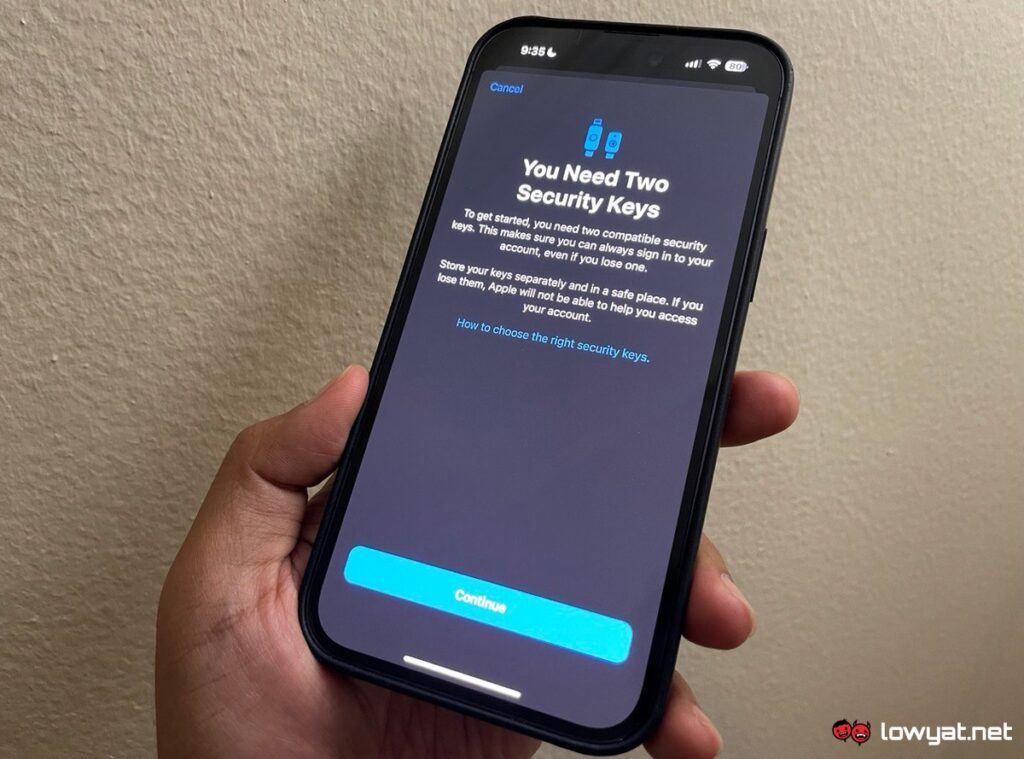 To enable the feature which can be used with up to six keys, go into your iPhone’s Settings after updating it with iOS 16.3 and then tap on your name which would then open up the Apple ID section. From there, tap on Password & Security >> Add Security Keys and follow the onscreen instructions.

In case you are wondering how much a FIDO Certified security key would cost, let’s take YubiKey 5Ci which was mentioned in Apple’s support document as an example. A 2-pack version of this key which has USB-C and Lightning connectors is currently being sold at USD150 (~RM643) on its manufacturer’s website.

To have them shipped to Malaysia, would then cost you an additional USD30 (~RM129). So, you are looking at a general cost of almost RM800 to purchase the keys and that without even considering the possibility of you being charged an import tax by the customs.

Aside from iOS 16.3, the Security Keys for Apple ID feature has also been rolled out to iPad via iPadOS 16.3 update. On the other hand, Mac users can also utilize it after installing the macOS Ventura 13.2 update which was released earlier today as well.