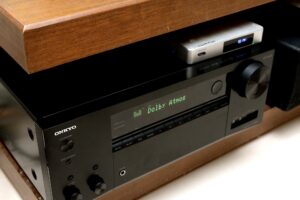 The audiophiles among you may remember the name Onkyo, the Japanese audio brand. Unfortunately, we recently hear of the name again, but for not-so-good reasons. The company has filed for bankruptcy.

Onkyo filed for bankruptcy at the Osaka District Court last week, according to Nikkei Asia. The company had liabilities totalling up to JPY3.1 billion (~RM105 million). It was even delisted in August of last year, with two of its subsidiaries filing for voluntary bankruptcy more recently in March.

As a brand, Onkyo has had a long history. It came to being in 1946, and would eventually be a name that was revered by audiophiles, for products ranging from AV receivers to tower-style component stereo systems. This would change half a decade after the company’s founding, with music listening trends shifting to mobile.

During this era, the now retired Apple iPod and other portable music players ruled the consumer music scene, before ceding to just mobile phones in general. The larger home stereo systems that Onkyo was known for became less and less popular, catering to only the most hardcore of audiophiles. Which leads to less and less revenue for the company over the years.

And it’s not for the lack of trying either. The company launched a number of headphones and earbuds to cater to the mobile market. Though it’s safe to say that it didn’t anywhere. In September, Onkyo has sold its core home audiovisual business to a combination of Sharp and US-based Voxx International. The two companies are expected to continue using the brand’s name moving forward.

Onkyo’s efforts in the headphones and earbuds business, as well as the offloading of  its business “one step behind in timing”. At least, that’s according to Yuji Masaki, head of the research department at Teikoku Databank’s regional office in Osaka, which the report quotes.