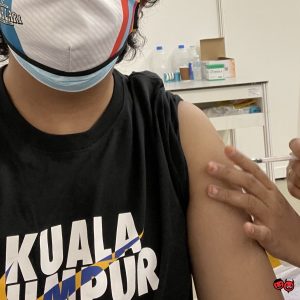 Individuals aged 18 years old and above in Klang Valley that have yet to obtain the booster dose for the COVID-19 vaccine can do so by walking into any of the four mega vaccine administration centres (PPV) starting from tomorrow, 27 January onwards.

In case you missed the news, all of these mega PPVs have been reactivated by the authorities on 15 January in order to help accelerate the distribution of booster doses in Klang Valley. Here is the list of the said mega PPVs:

In today’s announcement, the Ministry of Health has noted that the booster shot provided by all four mega PPVs came from AstraZeneca. Pfizer’s booster will only be made available to select individuals that have received appointments for it such as pregnant women or those who have a contraindication to the AstraZeneca vaccine.

According to the data on the national COVID-19 statistics site COVIDNOW, 68.2% of the adults in Klang Valley have since received their booster shots as of 11:59 PN on 25 January. It is the second-highest rate of booster dose coverage in the country after Sarawak which already covered 68.2% of its adult population.