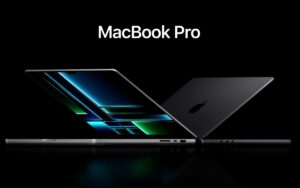 Earlier today, we discussed a rumour which claimed that Apple is planning to announce new 14- and 16-inch MacBook Pro variants. It turned out to be true but instead of being revealed next Monday, the company has since decided to officially announce these new MacBook Pro models this evening.

Essentially, the biggest difference between the newly announced model and their October 2021 predecessors is their processor. For this year’s model, they have been equipped with the new M2 Pro and M2 Max SoCs which were announced at the same time as both notebooks.

Naturally, both of these processors naturally provided some performance upgrades for the 2023’s MacBook Pro models thanks to the additional amount of efficiency cores inside the SoC’s CPU as well as an increase in graphics core count. At the same time, the M2 Max can also be obtained with a higher amount of unified memory at 96GB as opposed to M1 Max’s 64GB.

Here are several performance figures that were released by Apple, based on the M2 Pro-based MacBook 16:

On the other hand, here is what the performance difference looked like between M2 Max-based MacBook 16 and its predecessors:

We understand that pricing is a big factor for many users in Malaysia. So, here is a quick starting price list for these 2023 MacBook Pro 14 and 16 for our market:

Even though Apple has listed the local pricing for both MacBook 14 and MacBook 16 with M2 Pro and M2 Max, the company did not reveal their availability date for Malaysia though. While we will keep you posted once there is an update from the Cupertino giant, you may want to keep a constant look at Apple Malaysia’s website as well if you planning to get your hands on either of these new notebooks.

This is a developing story. Please refresh for the latest information.