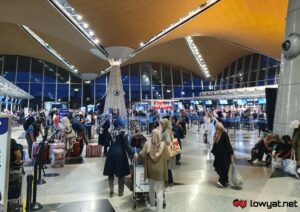 Travelling to Japan is about to get just a little bit easier. The Japan National Tourism Organisation (JNTO) has announced that tourists from Malaysia will no longer need to do on-arrival PCR tests, nor will they be required to quarantine. This goes into effect starting 1 June.

In a statement, JNTO said that this applies to all countries that Japan has placed in the “blue” list, among which is Malaysia. That being said, travellers will still have to pass a pre-departure PCR test. That, and travel to the country is still limited to tour groups.

Countries and regions are to be divided into three categories – red, yellow and the aforementioned blue. Which colour code a country gets is dependent on their assessed risk. Travellers from the yellow list will have to provide proof of vaccination with selected vaccines to be able to skip the quarantine. Bloomberg cites Japanese Chief Cabinet Secretary Hirokazu Matsuno as saying that the easing of restrictions will mean that around 80% of tourists who arrive in the country will be able to do so without testing on arrival or quarantine.

Last week, Japanese Prime Minister Fumio Kishida announced that it would allow some package-tour visitors from overseas into the country starting 10 June. International flights would also be allowed to land at the New Chitose airport in Hokkaido and Naha airport in Okinawa. The country will also be doubling its cap on tourist arrivals from 10000 a day to 20000 a day when June rolls around.

While this is overall good news, the fact that travelling to Japan is still only restricted to tourist groups would still be a turnoff of some. For now, the country has not mentioned when will visitors will be allowed in  on their own, without having to be part of a tour group.