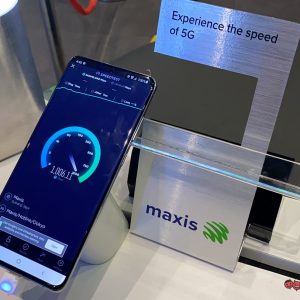 Maxis and U Mobile have reportedly turned down stakes in the national 5G company, Digital Nasional Berhad (DNB). The latest development in Malaysia’s 5G deployment saga is contrary to recent remarks made by ministers and regulator that the discussion between local telcos was going well.

Citing insider sources, the new report by Reuters noted that Maxis and U Mobile feel that there are no benefits for them to have stakes in DNB. Despite the opposition from both telcos as well as Celcom and Digi, the government back in March decided to retain the Single Wholesale Network modal to deploy 5G in Malaysia while offering 70% stakes in DNB to be spread evenly among local telcos.

According to the Industry Performance Report 2021 from the Malaysian Communications and Multimedia Commission (MCMC) published last Friday [pdf], Maxis delivered 22.8% of the RM40.31 billion revenue generated by the local telecommunications sector last year. The only other telco that surpassed this figure was TM at 28.6% while U Mobile’s specific figure was not revealed by the report although it is part of the 13% revenue generated by non-public listed telcos and MVNOs.

Even though Maxis and U Mobile have refused to take the stake in DNB, Reuters sources noted that both companies still want to have access to the national 5G infrastructure. Based on this, customers of both telcos will most likely be able to utilize 5G although it is unknown whether they will have to face any related aftermath caused by Maxis and U Mobile’s latest decision.

In terms of the big picture, it is also unknown if this move will slow down the mass market rollout of 5G in Malaysia. Finance Minister Tengku Zafrul has previously said that the government will no longer delay the deadline which is supposed to end today.

Furthermore, MCMC’s Chief Operating Officer Mohd Ali Hanafiah Mohd Yunus yesterday said that the regulator is confident that more telcos will be joining YTL Communications to deploy 5G services to the mass market this September. Hence, it seemed rather possible that the government will just move on and ignore the call made by Maxis and U Mobile.

The post Maxis and U Mobile Reportedly Say No To Stakes In The National 5G Company appeared first on Lowyat.NET.