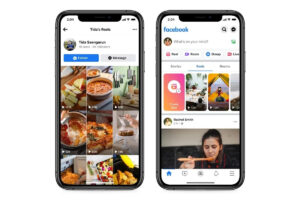 Meta has globally launched its TikTok clone Reels on Facebook in more than 150 countries, including Malaysia. The feature was initially exclusive to its Instagram photo sharing platform, which then later expanded to Facebook in the US back in September of last year.

According to its recent announcement, the Facebook version of Reels functions similarly to its Instagram counterpart, where users can upload 60-second clips, remix their videos with an existing publicly-shared reel, and save work-in-progress clips as draft. Newer easy-to-use editing tools for the feature are also slated to roll out in the coming months, Meta added.

Furthermore, new monetisation features have been introduced to Facebook Reels, which include banner ads that appear as a semi-transparent overlay at the bottom of a clip, and static sticker ads that the user can place anywhere on their videos. The company also revealed that its automatic ad-placement program and Stars donation feature will be expanded to creators in countries “where in-stream ads are available.”

Reels is now accessible on Facebook for both Android and iOS devices. As usual, be sure to update the app to the latest version if you wish to try out the newly added feature.