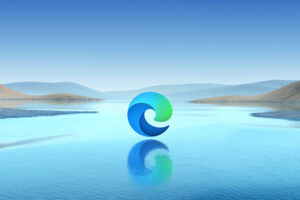 Microsoft is apparently now offering users free Minecoins for using its Edge browser and its in-house search engine Bing. As seen on Reddit, the offer is being presented to new users in the Microsoft Rewards programme, which is only valid within the first 14 days of joining.

The tech giant is offering users 330 Minecoins to make search queries with Bing on Edge for five days, which is worth about US$3 (~RM13). For clarification, Minecoins are not a form of cryptocurrency, but instead an in-game currency for the popular Microsoft-owned Minecraft video game. It can be used to buy skins, textures packs, worlds and more in the Minecraft Marketplace, though it is limited to the multi-platform Bedrock Edition.

While the Minecoins are new, Microsoft has been paying users to use its products for quite a while now. Back in 2016, the tech giant rebranded Bing Rewards, which gave users points for using the search engine, to Microsoft Rewards which brought in using Edge as a way for users to earn faster.

Users who sign up for the programme can earn up to 600 points a month to redeem gift cards, movies, apps, sweepstakes, or even donate the points to charity, though notably, it takes 5000 points just to get something worth US$5 (~RM22). Points are also given when the users make purchases on the Microsoft Store, use Cortana to search with Bing, or play selected games and selected quests on Xbox.

Microsoft isn’t the only player doing this. Brave also has a rewards programme for users who opt-in to see in-browser ads for tokens that can be redeemed for gift cards and cryptocurrency. While Google doesn’t give rewards for using its search engine or the Chrome browser, it does have a similar points programme for the Google Play Store, though it’s unavailable in Malaysia.

As with Google’s programme, Microsoft Rewards is available in several countries but excludes Malaysia from its list. In related news, Microsoft recently retired the long-running Internet Explorer browser, so it is no surprise to see the company going all-in with pushing Edge to more users moving forward.