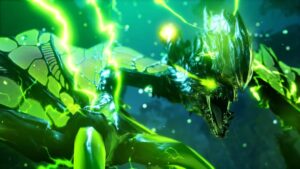 Barring dedicated handheld gaming devices, it’s difficult to imagine the classic Monster Hunter formula working on mobile platforms. The exception to this is the JRPG spinoff Monster Hunter Stories, which has been made available on Android and iOS. Though it looks like there will be another mobile entry into the franchise,

As GamesHub reports, a new Monster Hunter mobile game is currently in the works, as a result of a collaboration between publisher Capcom and TiMi Studio Group. If you’re not familiar with the latter, this is the Tencent Games subsidiary that is also the primary developer for Pokemon Unite.

For now, it’s not known what this Monster Hunter mobile game will be like. Considering Pokemon Unite, and another game TiMi has under its name being Arena of Valor, it is entirely possible that the company will try to cook up a MOBA. Which can be great, considering the IP has a wealth of monsters to work with. And if the devs can make a Pokemon MOBA work, one based on Monster Hunter can too. And at least the developer has a history of making games of this genre.

Otherwise, another option will be to recreate the Monster Hunter Stories formula, mixing the franchise with traditional JRPG. Which is probably not something that one can safely expect TiMi, of all studios, to do. Beyond MOBAs, another title that the developer has to its name is Call of Duty: Mobile, and it’s difficult to imagine this particular IP working as a shooter.

Whatever it ends up being, the report claims that it will be a “unique mobile experience catering to new and returning players”. Which is a bold claim to say the least. Naturally there’s no date attached to this project yet, but we’ll see what we’re in for when the companies finally reveal this Monster Hunter mobile game.

The post Monster Hunter Mobile Game In The Works By TiMi Studio appeared first on Lowyat.NET.