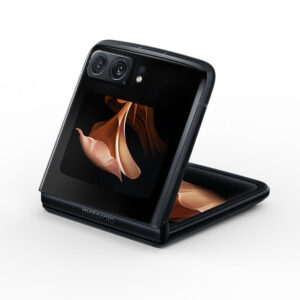 For Motorola, the brand generally only releases one Razr foldable phone per year. Which is not unusual – in fact, Samsung is probably the exception rather than the rule, with two foldable phone series running concurrently. Though that may change next year, as a prominent leakster claims on Twitter that there will be two Razr models coming in 2023.

The leakster in question is none other than Evan Blass, which gives the leak some extra weight. Blass also mentions two codenames that the two Motorola Razr devices are being referred to – Juno and Venus. The tweet contains no other details, but it may be safe to say that the difference between the two will at least be substantial enough to warrant two different codenames.

There are gonna be two RAZRs next year: one codenamed Juno, and the other Venus. (The one about to launch, a.k.a. razr 22, is Maven.)

The Motorola Razr was, even back in the pre-smartphone days, was famed for its clamshell form factor. The new foldable smartphone incarnation retains this, even if the immediately upcoming model, codenamed Maven, is doing away with its iconic chin. It should be safe to assume that at least one of the two between Juno and Venus will be of the familiar clamshell form factor.

Beyond that, it’s about as unclear as can be when it comes to what one should be expecting from these upcoming Motorola Razr devices. Specs figures are up in the air as to what either of these devices will pack. And it’s much the same for their price and release date. Which should be no surprise since this year’s device, which is supposed to make a global appearance by the end of the year, has yet to do so. Its debut in its home market of China, which happened back in August, was once delayed by a week. Though that may have something to do with the global political situation at the time.