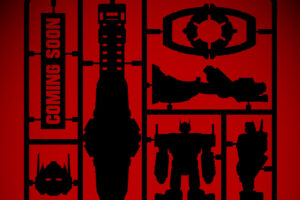 Casio China, via Weibo, has recently unveiled an upcoming and exclusive collaboration between its G-Shock watch brand with popular toy franchise Transformers. Based on the teaser image shared, the new collection will feature timepieces inspired by the toyline’s major characters including Optimus Prime, Megatron and Bumblebee.

Not much has been revealed regarding the collaboration and the company simply noted that the collection will be “coming soon.” However, an early look at two watches from the forthcoming release have been shared online ahead of their official reveal, thanks to two Malaysian-based stores on Instagram. These are the Optimus Prime and Megatron inspired timepieces, which are based on the G-Shock GA-110 and DW-5600 models respectively.

According to the images shared by both stores, the Optimus Prime G-Shock watch (model name: GA-110OPT22-7PFT) features a white body with red and blue accents, where the latter two most fans will immediately recognise as the Autobot commander’s iconic colour scheme. The same red and blue colours are also used for its top and bottom straps respectively. Besides that, situated on its watchface is a small Autobot logo, while on the back is a stainless steel plate that features an engraving of Optimus Prime’s head and name.

Meanwhile, the Megatron inspired model (model name: DW-5600MEGA22-8PFT) is shown to sport the Decepticon leader’s signature silver colour, as well as red and black accents. It also comes with black straps with red and purple graphics, along with the Transformers branding and slogan. Similarly, the watch’s rear plate also features an engraving of Megatron’s head.

A live photo of the Bumblebee model is included in the set, though its design is visible via a screenshot which features a listing of all three timepieces. Based on that, the watch is shown to be based on the G-Shock DW-6900 model, sporting the character’s bright yellow and black colour scheme. Unfortunately, the image resolution is too poor to make out the finer details but, like the other models in this collection, it is confirmed that it will also feature an engraving of the character’s head on its rear stainless steel plate.