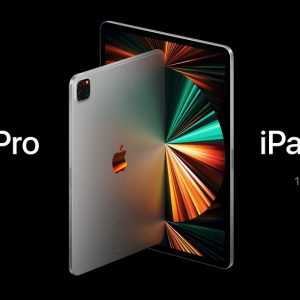 In his latest Power On newsletter, Bloomberg journalist Mark Gurman is suggesting that Apple is expected to announce new iPad Pro models in “a matter of days.” However, these won’t be launched through an event, but instead through press releases and updates on the company’s website, he added.

As before, the 2022 iPad Pro will be offered in two models, namely an 11-inch and 12.9-inch models. Both of which are expected to be equipped with the newer Apple M2 silicon chip, as well as new charging capabilities. In regards to the latter, Gurman says the duo could feature reverse-wireless charging, therefore enabling them to charge devices such as iPhones or AirPods on their backs. Design-wise, both iPad Pro models will look no different from their predecessors.

For the two allegedly upcoming iPad Pro models to feature the M2 chip is something to be expected, as last year’s models came equipped with Apple’s last generation silicon. As you may recall, it first debuted together with this year’s MacBook Air and Pro models, offering 40% more performance than the M1. That being said, you can expect both 2022 iPad Pro variants to feature a significant boost in that department.

While the 12.9-inch model is said to retain the mini-LED panel for its display, the same cannot be said for the 11-inch variant. Instead, it is rumoured that the latter would come with a standard LED panel, meaning that it will miss out on the high dynamic range, higher brightness and darker blacks which are offered by its larger sibling’s Liquid Retina XDR screen. Seemingly corroborating with this particular detail is supply chain analyst Ross Young via a recent tweet, affirming that Apple has decided to skip out on providing the smaller model with a mini-LED panel.

As usual, we won’t know for certain if any of these rumours are accurate. If Gurman’s report is to be believed, we should be hearing from Apple regarding these supposedly upcoming M2-equipped iPad Pro models very soon. Besides that, Apple is also expected to release iPad 16 sometime this month, which may coincide with the tablets’ alleged launch.