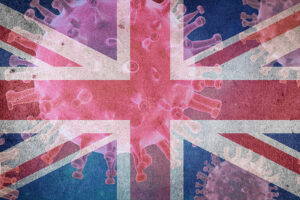 Amidst the public healthcare worries surrounding the surging COVID-19 Omicron Variant of Concern (VoC) cases globally, the Ministry of Health (MoH) has announced new quarantine protocols for those arriving from the UK, which goes into effect starting 17 December.

Those who are vaccinated will have to undergo a seven-day quarantine while unvaccinated travellers are required to go through ten days. They will only be released if they test negative for their mid-quarantine COVID-19 test, though the quarantine could be extended if they are symptomatic.

Meanwhile, MoH has also revealed that they have detected a second imported Omicron case from a sample taken on 5 December. The case involves an eight-year-old Malaysian girl returning from Lagos, Nigeria, transiting through Doha, Qatar, with her mother and sister, both of whom tested negative for all their PCR tests.

She was found to be positive for COVID-19 while asymptomatic and was made to undergo a 14-day home quarantine along with her asymptomatic family members. The taxi driver that transported the family is also under quarantine and waiting for the test result while the father, who arrived in Malaysia on 12 December, tested negative and is quarantined in a private centre. There were 35 close contacts on the flight and all of them tested negative on arrival and on day-5.

MoH added that this case was just one of 52 positive COVID-19 samples tested through Genotyping Assay by the Institute for Medical Research (IMR), taken between 6 to 10 December. There are another 18 cases that might possibly be Omicron variant infections, with the results due on 17 December.

While there are two imported cases so far, the threat of the virus is looming as countries like the UK have been hit with a massive wave, with a trajectory of one million cases by the end of the month. As a pre-emptive step, Health Minister Khairy Jamaluddin said that big New Years’ and Christmas events will be banned, while smaller gatherings will require pre-event testing.