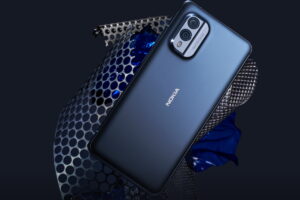 Just days after confirming the phone for Malaysia, HMD Global has now begun accepting pre-orders for Nokia X30 5G in our market. The new model which was first launched at IFA 2022 last month marked the return of a camera technology branding that is so synonymous with Nokia which is the PureView.

The last Nokia phone that came with a PureView-branded camera was the Nokia 8.3 which was launched in 2020 as HMD Global’s first-ever 5G phone. Unlike its predecessors though, the PureView camera on the new X30 does not come with ZEISS-designed optics due to the fact that the partnership between both companies has ended last year.

Covered by Corning Gorilla Glass with DX+ antireflective coatings, the PureView camera module on the X30 features a 50MP f/1.8 main camera with 4-in-1 pixel-binning capability and optical image stabilization alongside a 13MP f/2.4 ultra-wide camera. The phone has been equipped with a 16MP f/2.4 selfie camera which also has a 4-in-1 pixel-binning feature as well.

Also featuring a frame that was made from 100% recycled aluminium in addition to having a back area that was crafted from 65% recycled plastics, the X30 comes standard with a 6.43-inch Full HD+ 90Hz AMOLED display. Protected by Corning Gorilla Glass Victus, users can utilize its under-display fingerprint sensor as a biometric security option.

Powering the device is a 4200mAh battery that supports fast chargers with a power rating of up 33W but users need to purchase the charger on their own though. In Malaysia, the IP67-rated Qualcomm Snapdragon 695 5G phone is also accompanied by 8GB RAM and 256GB internal storage.

As part of the pre-order promotion which will last until 31 October, early adopters will be provided with Nokia Comfort Earbuds and a Clear Case for the phone. Priced at RM2099, the new Nokia X30 5G is now available for pre-order through Nokia Mobile’s official store on Lazada and Shopee.