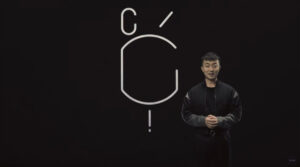 A new leak regarding Nothing’s first ever smartphone, the phone (1), has been circulating online. Though it isn’t something exciting such as a first look at the mysterious handset’s design, the information shared is still significant nonetheless.

According to German tech site Allround-PC, a European dealer has informed them of the alleged launch date and expected pricing for the phone (1). It is suggested that the device will debut in the region on 21 July 2022, which seemingly corroborates with Nothing CEO Carl Pei’s promised summer launch window. It is not known whether the date mentioned is meant for the global launch or specifically for Europe.

Most exciting of all is the alleged pricing for the phone (1), which is suggested to retail at around EUR 500 (~RM 2,348). As you can tell, this would mean that Nothing’s first ever smartphone would be considerably cheaper than most flagship phones, especially those leaning more towards the premium segment.

However, do keep in mind that the company has yet to confirm the handset’s tiering. Though it’s been confirmed that the phone (1) will feature a Snapdragon chip, there is a chance that it might be equipped with a mid-range one from the line. Also not forgetting that Qualcomm had just recently launched refreshes to both of its flagship and mid-range chipsets, so there is a chance that Nothing’s phone may feature one of them – that, or a previous Snapdragon SoC.

Pei promised that the Nothing phone (1) will be “a wake up call that the industry needs,” which is indeed a very bold claim. Just recently, the CEO confirmed in an interview with Wallpaper.com that the company’s first smartphone will feature a transparent rear case, a surrounding frame made from recycled aluminium, and supports wireless charging. Additionally, he also shared several concept sketches of the device, hinting what is to be expected from the finalised product.

We chose the wireless charging coil as our hero among the 400+ smartphone components, and played with it like a puzzle. pic.twitter.com/AiWSxlNyN7

On a related note, the company recently has released a beta version of the phone (1)’s operating system in a launcher format, which is available now for smartphones running on Android 11. This provides users with a bite-sized preview of the Nothing OS, showcasing its design language and features.