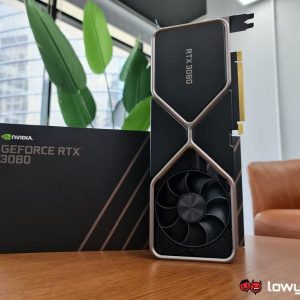 Rumour has it that NVIDIA has restarted production of its GeForce RTX 3080 12GB SKU. The news comes almost two months after it was alleged that the GPU brand had halted the production of said card.

According to a hardware leaker MEGAsizeGPU (@Zed_Wang) that Videocardz says has impeccable contacts with board partners, one primary reason behind NVIDIA’s decision to reboot production of the RTX 3080 12GB is because of an overflow in stock of its GA102 GPU.

Because there is too much stock of GA102, Nvidia has resumed the supply of 3080 12G.
The 3080 12G just stopped production for less than two months, and recently resumed production quickly.

The problem is clearly a reversal over its earlier issue than previous two months ago, when NVIDIA was struggling to keep up with demand but stubbornly decided to continue reserving its GA102 GPUs for the production of the RTX 3090.

As a quick recap about the RTX 3080 12GB, the card is, again, basically a slightly souped up version of the original RTX 3080. As its namesake suggests, it holds 12GB GDDR6X graphics memory and 8960 CUDA cores, 256 cores more than its 10GB sibling. Beyond that, almost everything else about the card remains unchanged. Oh, NVIDIA also never officially released a Founders Edition variant of the card, choosing instead to let its board partners decide how best to attach their own cooling solution to it.

In effect, the RTX 3080 12GB’s existence is a cosmetic one, with only a relatively minor increase in performance over the original RTX 3080 and its 10GB of GDDR6X graphics memory. However, it can and has been argued that its arrival at the time was a much needed addition to the RTX 30 series for another reason: in contrast, the card costs significantly less than the more powerful RTX 3090.

But having said that, NVIDIA clearly could have continued manufacturing more RTX 3080 12GB if it wanted to, even when supply of the GA102 GPU was scarce, as has been proven to be the case, over several instances in the past. And not just for this specific graphics card either.