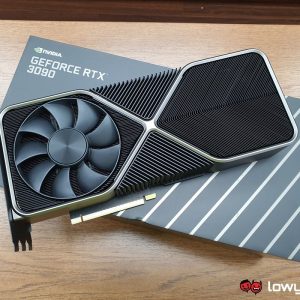 As we edge closer to the new year, it’s also about that time of the year when the potential launch dates of the latest hardware, such as the latest graphics cards from NVIDIA or AMD, begin inching their way online. In regards to the former’s long-rumoured GeForce RTX 3090 Ti, the card’s alleged launch date may already be set in stone.

According to documents obtained by the leakster site, Videocardz, the RTX 3090 Ti is reportedly set to hit shelves globally on 27 January. Also, and as previously reported, NVIDIA is expected to announce its RTX 3070 Ti 16GB on 17 December, which is next Friday. More to the point, the card is also expected to hit the shelves ahead of the RTX 3090 Ti, on 11 January. Beyond that, no further information of the cards was provided.

Word about the RTX 3090 Ti first floated around back in September, when rumours initially believed that the card will carry the “Super” moniker, and not “Ti”. That theory has more or less been dispelled. While the specs of the card are still shrouded in mystery, rumours have suggested that the card would run with a higher 21Gbps memory: an increment of 1.5Gbps from the original 19.5Gbps that the current RTX 3090 runs on now. Moreover, the card is expected to house 10752 CUDA cores, up from 10496 CUDA cores on the RTX 3090.

In any case, the validity of this rumour is still questionable at best and as usual, NVIDIA has not commented on the matter. So, take this report with a liberal sprinkling of skepticism.