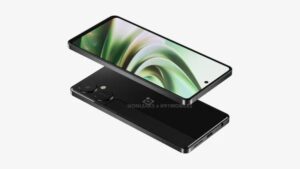 While OnePlus is due to launch its next-generation flagship soon, it has another device making its way around the rumour mill. While alleged renders of it were revealed back in November, 91mobiles has recently published a full set of purported leaks detailing most of the specifications of the Nord CE 3.

Speculated to launch sometime in the first half of 2023, the Nord CE 3 looks to be the direct successor to last year’s Nord CE 2, the brand’s mid-range offering. If the leaks are to be believed, the upcoming device might bring several major upgrades while compromising on one key component that may or may not appease consumers.

According to the report, the OnePlus Nord CE 3 will sport a bigger 6.7-inch display with a higher refresh rate of 120Hz instead of 90Hz. However, this might come at the cost of the panel used for a display, as it might switch out AMOLED for an LCD screen in favour of a higher refresh rate while keeping the phone within the same price range.

The leaks also claim that the device will run on a Qualcomm Snapdragon 695 chipset in lieu of last year’s MediaTek SoC. This will apparently be paired with 8GB of LPDDR4X RAM and possibly up to 256GB of storage. It will allegedly ship out with OxygenOS 13 based on Android 13, with 5G and dual-band Wi-Fi support.

The photography aspect of the phone might get a significant update with a 108MP primary camera that will most probably pixel bin images to 12MP. The ultra-wide lens of its predecessor might be replaced with two 2MP sensors, with at least one of them most likely a depth sensor. The report claims that it will use the same 16MP selfie shooter.

The battery capacity will purportedly also get a boost from 4,500mAh to 5,000mAh but with only a nominal charging speed increase to 67W. Of course, there’s no official word yet from OnePlus about the Nord CE 3, but seeing as the 11 is debuting next month, we can expect the launch of the mid-ranger to be just around the corner afterwards.