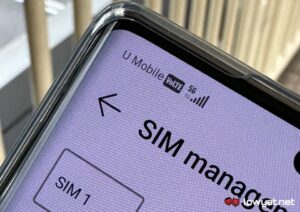 Network analysis company Opensignal this week has published yet another report with Malaysia as its subject. This particular report which was released on 10 November touched on the differences in terms of speed and experience that 5G has brought to our market.

The timing of the report seemed rather apt given that four more telcos including TM, Celcom, U Mobile, and Digi have finally provided 5G access to its customers after their 5G access agreement with Digital Nasional Berhad has finally been finalized. However, we believe most of the data that this report utilized came from Yes and unifi Mobile users though given that the data collection period was from 1 August to 29 October, which is before Celcom, U Mobile and Digi began to offer their 5G service.

When compared to the previous report that the company published back in June, the speed advantage seemed to have dropped significantly though. Back then, Opensignal noted that the average 5G download speed in Malaysia was 25.7 times faster than 4G.

Meanwhile, the 10 November report also said that Malaysia’s 5G average upload speed was six times faster than 4G during that period. Not only that, 5G has also delivered noticeable improvements in terms of gaming and video streaming for users in Malaysia.

In general, it is not surprising to see that 5G brings together plenty of improvements over 4G as it was one of the advantages promised by the new cellular technology. That being said though, 5G in Malaysia is still in its infancy and the true capability of our 5G infrastructure has not yet been tested as its coverage and user footprint are still relatively small for the time being.