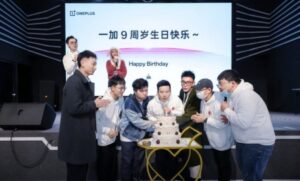 2022 has clearly been a weird year for both Oppo and OnePlus; despite the latter having “merged” with its parent company and promises that it would retain certain features that would separate the two, such as the continued existence of OxygenOS, it also became a platform of such to debut technology like its 150W SuperVOOC charging. As if that wasn’t confusing enough, the two smartphone brands recently announced that they were entering into a new strategic partnership.

According to a post translated from the Chinese site, Weibo, Oppo says it plans to pour CNY10 billion (~RM6.35 billion) into OnePlus, over the next three years. Additionally, both entities will be adopting a new “dual-brand” strategy, with OnePlus reportedly being the “pioneer” brand, in which all flagship smartphone models will be sold under. Concurrently, the brand will also have a zero net profit margin to maintain the best features and quality at their respective price point.

Oppo also plans on selling OnePlus’ phones and products exclusively online in China. However, it should be noted that the former’s online store already has been selling its sister brand’s products via its online store for some time now. It hopes that by streamlining all sales points for the brand through its platforms, it can “return to its roots” and help customers get their OnePlus devices repaired at Oppo service centres, in and around the country.

It’s not wrong to say that Oppo’s intentions with OnePlus are, for lack of a better word, noble. However, and at the risk of sounding like a broken record, that hasn’t changed the fact their initial merger has caused some level of confusion, both for general consumers and loyal followers. For another matter, it also doesn’t help the latter’s case that one of its recent flagship devices, the self-titled OnePlus 10 Pro, wasn’t as well-received as it initially thought it would be.

As if that wasn’t bad enough, OnePlus’ OxygenOS, popular as it is, received backlash over the past several months, primarily because of certain bugs and degradation issues, some of which still persist today.

The post Oppo And OnePlus To Enter Into “New” Strategic Partnership appeared first on Lowyat.NET.