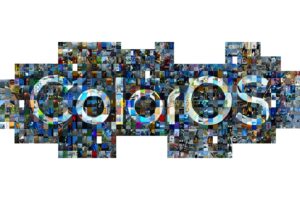 Google has just recently started rolling out its new mobile OS update, Android 13, for its own Pixel devices. Today, OPPO has announced its own take on the mobile OS, ColorOS 13, which will naturally incorporate some features of the original while also introducing some new additions of its own.

Immediately visible on devices running the new ColorOS 13 is the new Aquamorphic Design UI, sporting what OPPO calls Aquamorphic Effects animations. Then there’s the Always-On Display, which can be configured to display more information, as well as music playback controls. It also has its refresh rate reduced to 1Hz, which the company claims can help reduce power consumption by 30%.

For longer term user experience, the company is introducing what it calls the Dynamic Computing Engine, which improves the managing of hardware resources to both extend battery life, while also keeping more apps alive in the background.

Something that OPPO claims is an industry first is what it calls the Meeting Assistant. Meant to be used for online meetings, this tool prioritises wireless data to ensure a more stable connection during these meetings. Banner notifications are also simplified to minimise distractions, and users can also add a shortcut to OPPO Notes which will open in a small pop-up window.

ColorOS 13 also adds support for Multi-screen Connect, which is basically the name of its multi-device feature, allowing seamless connectivity with an OPPO Pad Air or a PC. With this, you can display multiple mobile apps on the PC screen, and have more convenient file transfers between devices.

On the security front, ColorOS 13 adopts one key feature that Android 13 has already announced. Which is the clipboard history being periodically cleared to prevent the lifting of sensitive information by malware. An additional feature that OPPO has added to its new mobile OS overlay is what it calls Auto Pixelate, which uses an on-device algorithm model to recognise and pixelate profile photos and names in chat screenshots, should you need such a feature.

OPPO says that it intends to rollout ColorOS 13 to 35 phones this year, with over 20 more devices to get it in 2023. Starting from this month, the OPPO Find X5 and Find X5 Pro will be the first to get the update.