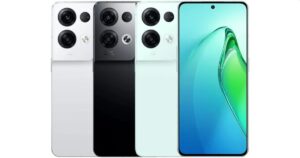 Oppo launched its Reno8 series in China about a month ago, which consisted of the Reno 8, 8 Pro and 8 Pro+. However, it’s recently rumoured that the 8 Pro+ will remove the “+” moniker and be launched simply as the Reno 8 Pro, which could cause confusion, due to the obvious fact that there is already another model in the line-up with the same name.

The small change was initially picked up by MySmartPrice that a Geekbench 5 benchmark listing for the gadget listed as “OPPO CPH2357” was identified, which is linked to the original non-Plus device. In addition, the listing displayed how said device operates on the MediaTek 8100 SoC found in the 8 Pro+, whereas the Reno 8 Pro in China runs on the Snapdragon 7 Gen 1, so it is quite likely that the international version of the Reno 8 Pro will be the same as the Reno 8 Pro+ released in China.

The rest of the hardware for the phone includes a 6.7-inch AMOLED display with FHD+ resolution with 120Hz refresh rate as well as a 32MP front camera. As for the main camera, it is equipped with a triple rear camera setup comprising a 50MP Sony IMX766 sensor, an 8MP wide-angle, and a 2MP macro snapper. The device also offers up to 12GB LPDDR5 RAM and 256GB UFS3.1 storage.

In regards to the designs of the mid-range smartphone, the Reno 8 Pro Plus is available in various colours such as Luminous Black, Ocean Blue, and Sunset Pink.

At the time of writing, the new smartphones have not been released internationally as the electronics company usually launches its products in the global market after a few months of their local release. It’s best to lower your standards, though, considering there have been rumours saying that Oppo might not even make the “Plus” version of the phone internationally available.

Oppo, however, has yet to confirm anything on the matter and taking into account that these are rumours, it’s safe to say that nothing is set in stone, at least for now.

The post Oppo Reno 8 Pro Plus Could Launch Under Different Name Globally appeared first on Lowyat.NET.